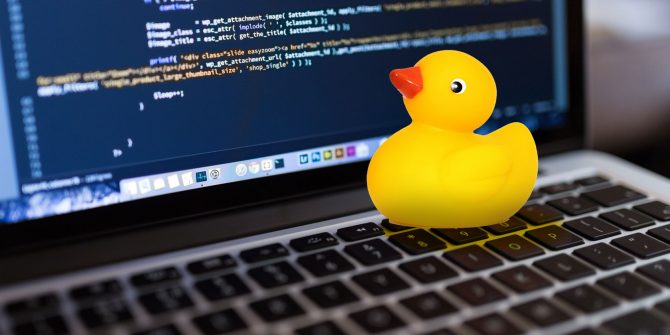 Anyone can write code. But good code? That’s where it gets tough.

We’ve all heard horror stories about spaghetti code, massive if-else chains, entire programs that can break just by changing one variable, functions that look like they were obfuscated, and so on. That’s what happens when you try to make a shippable product with only a semester of programming experience under your belt.

Don’t settle for writing code that works. Aim to write code that can be maintained — not only by yourself, but by anyone else who may end up working on the software at some point in the future. To that end, here are several principles to help you clean up your act.

The “keep it simple, stupid” principle applies to pretty much all of life, but it’s especially necessary in medium-to-large programming projects.

It starts way in the beginning when you’re defining the scope of what you want to create. Just because you’re passionate about game development doesn’t mean you can create the next World of Warcraft or Grand Theft Auto. When you think you’ve simplified enough, simplify it one level further — feature creep is inevitable, so start small.

The “don’t repeat yourself” principle is crucial for clean and easy-to-modify code. When writing code, you want to avoid duplication of data and duplication of logic. If you notice the same chunk of code being written over and over again, you’re breaking this principle.

The opposite of DRY code is WET code: “write everything twice” (or “waste everyone’s time”). One of the best ways to diagnose WET code is to ask yourself: in order to alter the program’s behavior in some way, how many areas of code would you need to modify?

Whether you’re writing objects in Java or modules in Python, you should aim to make your code open to extension but closed to modification. This applies to all kinds of projects, but is especially important when releasing a library or framework meant for others to use.

For example, suppose you’re maintaining a GUI framework. You could release it as-is, expecting end users to directly modify and integrate your released code. But what happens when you release a major update four months later? How do they implement all of your additions without throwing away all the work they’ve done?

The “composition over inheritance” principle states that objects with complex behaviors should do so by containing instances of objects with individual behaviors rather than inheriting a class and adding new behaviors.

Overreliance on inheritance can lead to two major issues. First, the inheritance hierarchy can become messy in the blink of an eye. Second, you have less flexibility for defining special-case behaviors, particularly when you want to implement behavior from one inheritance branch in another inheritance branch:

The single responsibility principle says that every class or module in a program should only concern itself with providing one bit of specific functionality. As Robert C. Martin puts it, “A class should have only one reason to change.”

Classes and modules often start off this way, but as you add features and new behaviors, it’s easy for them to evolve into God classes and God modules that take up hundreds, or even thousands, of lines of code. At this point, you should break them up into smaller classes and modules.

The separation of concerns principle is like the single responsibility principle but on a more abstract level. In essence, a program should be designed so that it has many different non-overlapping encapsulations, and these encapsulations shouldn’t know about each other.

A well-known example of this is the model-view-controller (MVC) paradigm, which separates a program into three distinct areas: the data (“model”), the logic (“controller”), and what the end user sees (“view”). Variations of MVC are common in today’s most popular web frameworks.

For example, the code that handles the loading and saving of data to a database doesn’t need to know how to render that data on the web. The rendering code may take input from the end user, but then passes that input to the logic code for processing. Each part handles itself.

This results in modular code, which makes maintenance much easier. And in the future, if you ever need to rewrite all of the rendering code, you can do so without worrying about how the data gets saved or the logic gets processed.

The “you aren’t gonna need it” principle is the idea that you should never code for functionality that you may need in the future. Chances are, you won’t need it and it will be a waste of time — and not only that, but it will needlessly increase your code’s complexity.

You could view this as a specific application of the KISS principle and a response to those who take the DRY principle too seriously. Often inexperienced programmers try to write the most abstract and generic code possible to avoid WET code, but too much abstraction ends up in bloated impossible-to-maintain code.

The problem with premature optimization is that you can never really know where a program’s bottlenecks will be until after the fact. You can guess, of course, and sometimes you may even be right. But more often than not, you’ll waste valuable time trying to speed up a function that isn’t as slow as you think or doesn’t get called as often as you’d expect.

Reach your milestones as simply as you can, then profile your code to identify true bottlenecks.

One of the hardest truths to accept as an inexperienced programmer is that code rarely comes out right the first time. It may feel right when you implement that shiny new feature, but as your program grows in complexity, future features may be hindered by how you wrote that early one.

Codebases are constantly evolving. It’s completely normal to revisit, rewrite, or even redesign entire chunks of code — and not just normal, but healthy to do so. You know more about your project’s needs now than when you did at the start, and you should regularly use this newly gained knowledge to refactor old code.

Note that it doesn’t always have to be a big process. Take a page from the Boy Scouts of America, who live by these words: “Leave the campground cleaner than you found it.” If you ever need to check or modify old code, always clean it up and leave it in a better state.

Speaking of clean code, leave your ego at the door and forget about writing clever code. You know what I’m talking about: the kind of code that looks more like a riddle than a solution and exists solely to show off how smart you are. The truth is, nobody really cares.

One example of clever code is packing as much logic into one line as possible. Another example is exploiting a language’s intricacies to write strange but functional statements. Anything that might cause someone to say “Wait, what?” when poring over your code.

Good programmers and readable code go hand in hand. Leave comments when necessary. Adhere to style guides, whether dictated by a language (like Python) or a company (like Google). Observe per-language idioms and stop writing Java code in Python or vice versa. See our article on tips for writing cleaner code.10 Tips for Writing Cleaner & Better Code 10 Tips for Writing Cleaner & Better CodeWriting clean code looks easier than it actually is, but the benefits are worth it. Here’s how you can start writing cleaner code today.